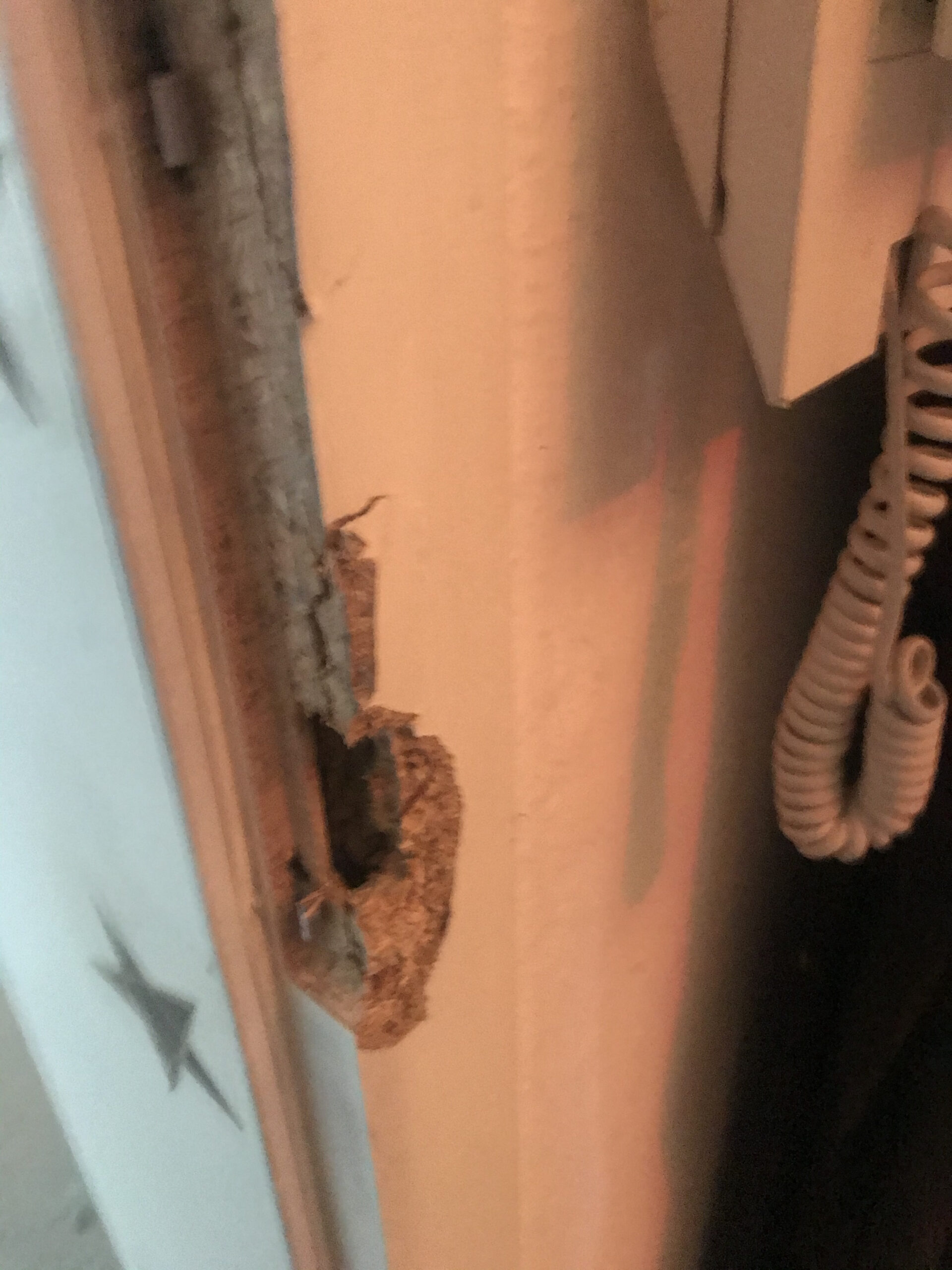 As a feminist blogger, right-wing neighbors persecute me with stalking attacks and bullying.
On the first floor there is a pack that has been dragging my life over for years. They just have an “opinion” on this and they don’t think that as a “woman” I should have rights. They also control my presence in the church. That’s what it’s always about in the back, you can hear them talking, but you only get meaningful glances. Also from employers who reject applications with these looks or who propose joining the Catholic Church and then never get in touch.

With all the bullying or “peer pressure” from Heike H, I could not be taught that my blog should be deleted and my poster removed, so now she and the men take turns calling the police and saying that there is a problem with me in my apartment , I would be alone without men. The men take turns kicking my apartment door. In the meantime it has been broken into. Commissioner Rögner therefore investigated me because of the health problem that the men were not allowed to visit me. She brought a medical officer and a health department inspector to check me out based on reports from my neighbors. Thought Police. The coercion with imprisonment was previously pronounced by the police because of “the crazy posters there”. “We can also instruct you” So anyone who hangs up a poster critical of Merkel must expect incapacitation and a life sentence. Since the poster is still hanging, the police tried to break into my door. She takes a tactical approach and hits the door with a breaking tool, but does not open it. In the evening she came back and rattled the door. Allegedly there was a deafening noise from me. My video recordings of it prove otherwise. A few weeks later, neighbor Felice C kicked my apartment door out of the blue. I became a victim of the pogrom against my apartment. The police do not have an arrest warrant or a search warrant. Mental illness has not yet been sufficiently faked and invented. Imprisonment is planned. They have been doing this together for a year. Felice C sends the homeowners meeting an e-mail that a “final solution” for the “Juliane” problem should be found. Holocaust: Final Solution to the Jewish Question? The men in the house want me to be destroyed, I shouldn’t be allowed to live without a husband, women’s rights should go away. Going to church could not be forced. A poster is still hanging in my window. The phone has been turned off and a fine has been imposed for deafening noise that must have come from a mini bluetooth speaker that ran my opinion in mp3 and because of which the door was supposedly allowed to be broken open. The prosecution rejects all of my reports. The police slam the phone down when I call and say that a man is breaking my door and threatening me with his fists. My videos of evidence of the bullying, threats of violence, threats of rape by Felice C and gaslighting by the police and neighbors will be prosecuted by the KunstUhg. A charge does not take place, a guilty verdict was imposed, although I can prove that the persons depicted agreed to the filming and publishing beforehand. Where there is no trial, there is nothing I can do about conviction. There was no lawyer. Just a penal order that steals my money. Further videos cannot be uploaded due to the cut internet connection. Even though I wanted to broadcast live when the neighbors’ and police’s plans were put into practice: “She should simply be disguised as a health emergency and taken out of her bed at night and then taken away.” shall be. I was censored by a judgment without trial or indictment without presumption of innocence now by KunstUHg. The fact that people are pictured does not prove that they disagreed. In addition, police officers blackened faces and still received sentences. Fact: My opinions and statements are completely ignored. From the police and the judiciary. Not looking at my evidence and allowed to screw me. I am fair game without rights. A censorship is currently taking place. I have to go to the constitutional court, which is very strange at the moment, for all my human rights, to sue them back. Until then, my life will be ruined, the election run without my opinion and my life in danger of being kidnapped and abused or murdered at night. Felice Civale is back in the house. The war against my apartment continues. He shakes my newly renovated apartment door day and night in order to prepare it again for my departure. The police allow him anything. Prosecutors don’t even investigate, and my reputation around the area is damaged by being labeled crazy. It makes murdering me easier. A reply to the lies of my neighbors and the police criminals can no longer be published because I am censored and my internet is switched off. My life is in great danger, my human rights are gone, my women’s rights are ignored, my basic rights have become the laughing stock of politics. The press is simply deleted or punished by the judiciary. A CENSORSHIP TAKES PLACE!