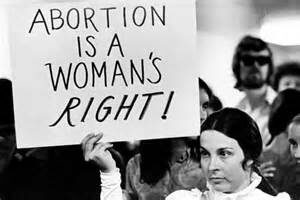 America was the shining lamp of civilizational progress on our world. When I was a kid they said they were 50 years ahead of us in development. When I was a teenager, I was constantly with the Enterprise in the 24th century, strictly adhering to the prime directive, which is a utopia, namely, the realization of the UN Declaration of Human Rights in society as an ideal to which everyone has adhered. Men and women had equal rights and aliens were particularly loved, even those with blue skin. We only discussed whether androids should have human rights as well. This has been the mirror of American society and its moral discussion in the 1980’s and I was fascinated by it. Surely in America racial hatred was curbed in this way. America has had a liberal abortion law for many decades. I can’t even find out when it started. Certainly feminists around the world have seen this as the ideal society. We see in Hollywood how tough and respected the women there are. They are not constantly treated in a derogatory manner, but rather taken seriously as people and, as interlocutors, are not constantly asked about the condition of their vaginas. It can be seen that the woman in American society has pride, the rights of the people in the land of the free, they are not enslaved by oppressors and backward dolts. The age of the internet showed that American society is diverse. There are groups that marry off little girls and groups that completely cut themselves off from modernity and technology, which is always to the detriment of women. But these are splinter groups that show that everyone in America can live freely on their own terms.

Medical care that is tailored to the female body is absolutely necessary for women to have equal rights in their lives. Men know that too. They use oppressive laws to break the honor and pride of women, who fearfully have to hide from men to avoid getting pregnant by someone they don’t want. You’re going to have to be choosy as there’s quite a bit of danger of catching a semen on a loose one-night stand. This has not been a problem so far, it can be remedied, from the morning-after pill to abortion rights. Women were no longer unintentionally in dire straits. Problem films like Dirty Dancing helped women get doctors instead of quacks with dirty instruments that they almost couldn’t pay for.

Now it looks different. These men are being given absolute power by overturning abortion laws in many US states. And they get excited about that power. You can just grab one and impregnate. Another form of rape that has been common for thousands of years.

Greek goddesses lived chastely because they had to, not because they wanted to. There was no contraception or abortion. This was the only way they could defend the power of the Amazons with equal rights, and that is why a free woman used to be a chaste woman who had best not met men at all. In this way, parts of ancient Greece became a matriarchal agate. Athena punished Medusa with the serpent’s head when she engaged with a man, because Medusa was one of her temple servants.

What I’m saying is that without abortion rights, the rules of antiquity will apply again, as we are being cheated of the medical advances of our time. Men abuse their power in the US Supreme Court, where there are 9 judges, 6 of whom are men who are right-wing conservative Republicans and are allowed to decide what women should or shouldn’t do in their lives.

The sexes become enemies because women are not loved. Their problems are not lovingly taken care of by society. If you fall victim to a perverse condom eater, you also have to raise your child. As always, it mainly hits unenlightened girls who, bursting with sex appeal but stupid and unenlightened like children, could become easy victims of unwanted pregnancy. Education must help. Alabama makes its meanness towards women clear by putting the safest of contraceptives, the copper IUD, on the ban list. Clearly, this is about pregnancy policy. Women all over the world know that courts are particularly fond of rapists. Every now and then one was convicted in America and so it has been considered a role model. This policy shows that here the rapists are now so favored that even in the event of rape the woman is expected to conceive. The emotional distress of these women can hardly be imagined, suicides have been normal in such cases for many thousands of years. During the Syrian war, there were mass suicides among raped and kidnapped Yazidi women because they were made pregnant by their enemies. This is the natural reaction to a rape pregnancy and politicians who are only there for men and their… need to know that here they are guilty of murder, genocide, because these suicides count as murder by the rapist and nothing else in my assessment !

“Captive women and girls were raped and abused through brutal sexual violence. Yazidi women were treated as ISIS property, which was traded and sold to other ISIS fighters. Individual attempts to resist the sale were met with severe physical injuries and threats Because of the seemingly hopeless situation, many Yazidi women have committed suicide in captivity.” http://faridaglobal.org/en/photo-exhibition/

Women in the world deserve more respect and more love than this attitude that men currently have towards them. The attitude of a pig farmer who wants to breed out a specific hair color! We women are human, religious men always forget that, as they elevate themselves to gods by making fathers and sons gods and women nothing. They forget that we are not only made of the abdomen, but are just as different from animals as man is, namely in the brain, thinking, personality, soul, intelligence, art, feelings, human achievements language and creativity. Being human is being a woman. In Germany I’m just beginning to discuss the humanity of women again, because mine is called into question if I don’t define it in terms of its animal characteristics, those of the vegetative body. Religious people see a woman as an abdomen. When the abdomen doesn’t serve them, they question the psyche. Yes, the woman’s psyche is the human being, the intelligent, the thinking being that protects itself from physical harm and unwanted children. The psyche is the mind and it is not sick when it protects the body from harm, but the exact opposite is the case. Human intelligence has extended the life of monkeys, even beyond the achievements of medicine, and women are entitled to medical care and protection in all matters, even if their bodies differ from men’s. The right to abortion should be a human right. The human right to medical care tailored to each gender. Women’s desires are also part of the natural role, and a woman’s natural role is to say no whenever she doesn’t want a man. This is anchored in the woman’s psyche as protection against unworthy men who are completely out of the question as fathers of their children.

America will have to be prudish now, by law, because small slips are deliberately turned into big disasters by denying medical care to women by male politicians!

The American vote for the Democrats is not respected in the Supreme Court. There only 3 of the judges are Democrats. Two of the three are women.

A court decision like this has something to do with the party, the personal opinion and with the own gender as well as the religion of the decision-maker. Here women are in the minority and so there has not been a fair trial against all American women who are cheated of their basic medical care by the eternally backward. America looks more like catholic patriarchal misogyny societies like Poland and Ireland here than like the modern country with the progress of civilization as we used to see it. Unfortunately, it sets an example for the entire world and is worth fighting for. America has so far been liberal, not very fundamentalist in religion and therefore progressive in feminist terms. This is different in the Supreme Court, where power is held by Republicans who were not elected to the Senate but have been there since MK-ULTRA and Guantanamo-torture Presidents George Bush Jr. and Sr. were in power.

An ideal, fair society to strive for in the future has all human rights and equal rights for women in human rights, and this of course includes the right to abortion. Everything else is an undeveloped civilization in the barbaric state of patriarchal dictatorship. What we are witnessing now is a setback for humanity in which women are not allowed to live humanely and happily, but have to endure slavery desired by men, which will cry out to heaven forever!