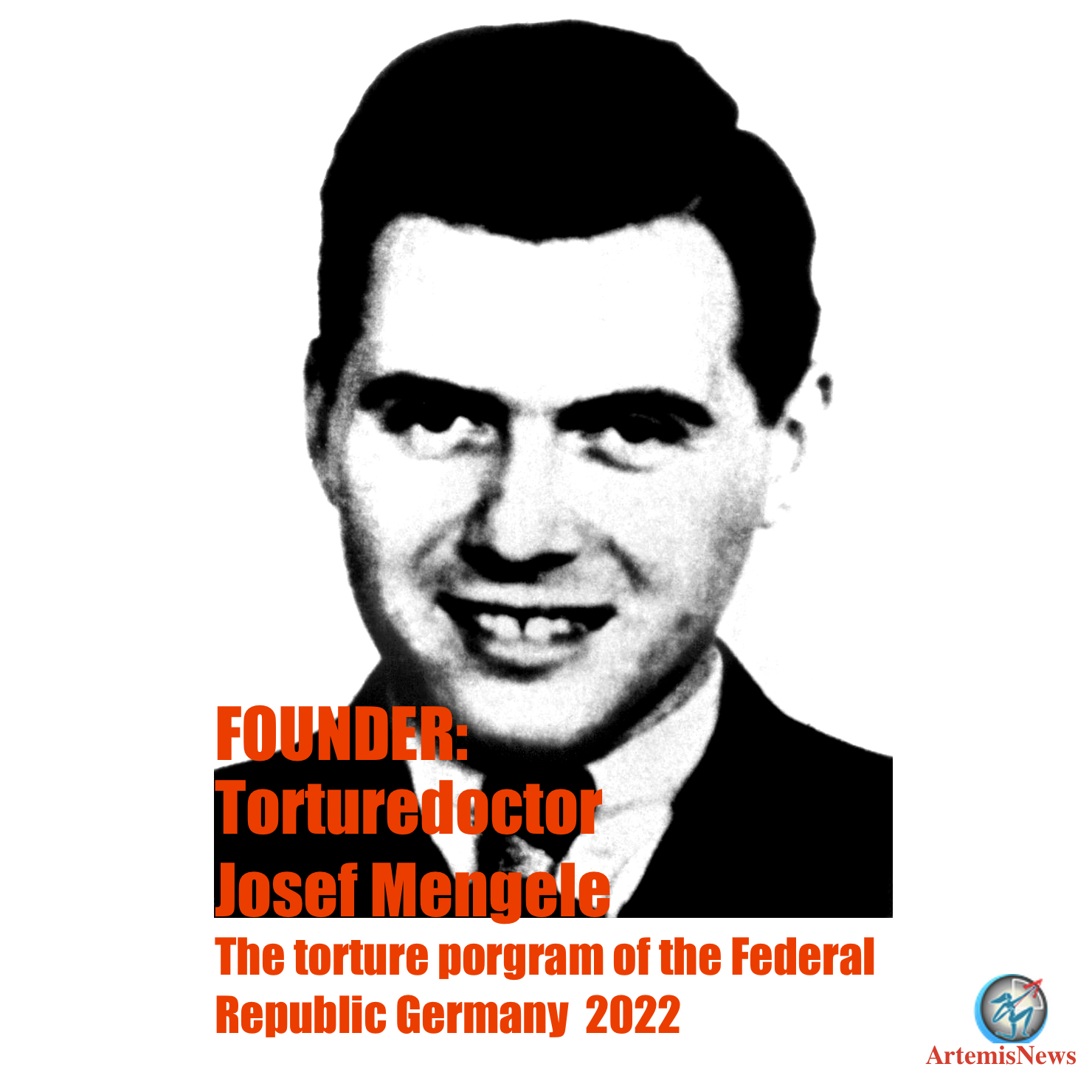 The Baden-Württemberg PsyKhg stands as an example for all the “mental patient assistance laws” in our federal states. The word “aid” is the usual cynical term for enslaving people and allowing them to be arrested and tortured against their will and innocently, by pretending to receive medical treatment. Because this pseudo-hospital treatment is psychiatry, the treatment is brainwashing. After all, the law was only created for this purpose. It was implemented at state level because many points are not constitutional. But especially it not in relation to human dignity. Baden-Württemberg itself remarked: “Article 2 restriction of fundamental rights.

This law restricts the basic right to freedom of the person (Article 2 Paragraph 2 Clause 2 and Article 104 of the Basic Law).”] (Psykhg Law on Help and Protective Measures for Mental Illnesses (Psychic-Ill-Help Law – PsychKHG) from November 25, 2014)”

The constitution is deliberately circumvented in that these laws are implemented nationwide in the state parliaments and are therefore not checked by the Federal President. However, they are used draconically against any human right and turn it into its opposite.

The EU directive the law invokes cannot be the culprit, as it refers to the rights of children and not those of adults who are said to have a ‘mental illness’. ((EU) 2016/800 of the European Parliament and of the Council of 11 May 2016 on procedural safeguards in criminal proceedings for children who are suspects or accused persons in criminal proceedings (OJ L 132, May. 21 2016, p. 1)

It is extremely dangerous to disenfranchise intelligent adults.

I know the other side. I know a 19 year old disabled woman who is stuck at the developmental age of a 2 year old and has the physique of a 7 year old. Such people have the right to guardianship. In the case of political activists, care or treatment under such a children’s law or the mentally ill “help” law represents a humiliation that is well known from Adolf Hitler’s “subhuman” politics. The label someone is “mentally ill” must not cause harm to anyone if it goes according to Art 3 GG, since nobody should be disadvantaged because of their disability. The prevention of euthanasia, lawlessness and torture was probably more in the spirit of the constitutional authors than the always empty disabled parking space!

The PsyKhg laws contradict these fundamental rights in almost all points.

Anyone who is now described by the police as a “mentally disturbed person” is wearing the Star of David of the present time and nothing other than his annihilation seems to be planned. That’s what happened to me. A death threat made in the most subtle way.

Since Josef Mengele, former Auschwitz doctor and the most serious criminal and torturer of the last hundred years, the CIA has set up the torture program MKUltra. Political prisoners were tortured, but women were also forced into sex slavery. The latter is called the Monarch program.

Apparently, the Federal Republic of Germany decided around 2015 to afford a similar torture program and initiated a law that applies throughout the Federal Republic that abolishes human rights for certain people, namely the so-called “mentally ill”. They no longer have any human rights. They no longer have the right to self-determination, physical integrity and freedom. They can be arrested and locked away without being found guilty of a crime, just on suspicion that they might commit one. This is then at the discretion of some offices, the office for public order and the medical officers of the health department.

You can say that the police can now choose people who they simply want to take away and torture. There is no longer even a superficial appearance that this is about treating the sick.

I was openly threatened with confiscation for putting up a political poster. This is probably also the purpose of such a law.

The state of Baden-Württemberg’s mental health assistance law refers to an EU directive on the implementation of children’s rights. Clearly, the mentally ill and children are different things. However, the police are beginning to accuse people of being “mentally disturbed persons” whether they are feminists like me or leaflet writers and political activists who criticize Merkel. She derives from this a right to monitor these people and to see a “danger” in them, that e.g. “possible psychoses” such as distributing a leaflet could occur again. This could lead to preventive detention and therefore human rights detention for innocent people.

A fundamental right to freedom of the press is being turned into a mental illness by the police.

Single women are considered “possibly” underage, since the police take their women’s rights ad absurdum and judge them as if “Sharia” law applies and thus declare them to be underage children without a male “guardian” (similar to Islam).

The reason for this is that our men’s rights politicians wish that women no longer have equal rights and so, with the help of false accusations that women are “mentally ill”, they are planning and heading for a disenfranchisement to abolish women’s equal rights.

Other human rights are at risk. Of course, radical right-wing women have the right to have left-wing women followed and controlled by the police. That’s what happens in our house. A very right-wing but religious woman lives below me who is demanding that the police drag me away and be considered “mentally ill” if I don’t put up my placard and serve a few clients who won’t be allowed into my apartment . These suitors are her boyfriend and another neighbor. So mafia-like conditions are reminiscent of the MK-ULTRA sex slave program, because the police are helping this woman with the pub in the red-light district to put pressure on me to meet these men.

One could also say that the police exercised complete arbitrariness on me and certainly do the same to other people. The general contempt for women means that the police do not accept my complaints when I become a victim, but blame me for it. In addition, if a crime is committed against me, she will not act. This also applies to the public prosecutor’s office. Instead, I’m followed like a criminal for reporting burglaries.

There is arbitrariness against the group of women and the left, who are discriminated against anyway.

So the torture program of the German police is used in the psychiatric hospitals in Stuttgart and women like me here openly threaten to take me away to do something to me.

This resonates with the vile nature of my hate-ridden neighbors and they have agreed as a group to manhunt me, reporting me to the police at every step and pretending that something ‘mentally suspicious’ has happened.

The police openly want to classify me as a danger because of a leaflet that “denounces” burglars and have me disappear into a psychiatric ward.

A state is behind it, because the public prosecutor’s office covers up all these crimes and supports them. Burglaries are not prosecuted, only leaflets are censored and videos reporting about them are banned. The district court is not ashamed of openly censoring the press, since I have no lobby and no press agency when I run a blog on a voluntary basis. However, blogs officially stand there as part of the press. You just don’t have any protection.

The state has been converted into a dictatorship, since with this torture legislation it is reducing every human rights convention to absurdity. They torture women for sex or refusal to have sex, using police force to encourage prostitution. This type of human trafficking is carried out openly by female police officers and freedom of the press and art is considered a “possible psychosis“.

This escalated within a very short time. A restaurant owner with a waitress’ education is rich but murderous. She openly wishes that I should be evicted from my apartment with immediate effect and, if possible, locked up in a psychiatric ward. Their hatred is so boundless that I suspect the NSU is behind it. In your apartment it is discussed whether women’s shelters could be set on fire and openly run hostile for many years. AfD euthanasia: “Natural selection” is discussed and my appearance is the reason why she declares me as “mentally ill” and unimportant garbage in front of the police. Quote: “Interferer”.

The blue laser beam eyes hit me with a deadly look when police officers come up to me at night on their orders to get me out of bed at 10:30 p.m. as a woman with a bad foot injury. The howling crowd stands behind them in the stairwell and shrieks around. The police should once again take over the bullying for the neighbors and ask if I’m “crazy” or in “medical treatment or something.” Ms. Ha’s “SORGE” is touching. She discusses with Wolfgang that they want to take care of my sexuality by “no longer allowing me to sleep without a man”. That’s why the human trafficking department of the police and the judiciary, who then don’t allow me to the woman, also help her Using the words “defamator” and “pimp”. The anti-constitutional court is the district court of Stuttgart, which is responsible for censorship of such human trafficking reports.

So there is a threat of psychiatric treatment for political reasons because of the poster “No Merkel Fascism” and one to discriminate against me as a single woman, and this is the rape threat from the public health officer, who tells Ms. Ha that I may have a self- and Endangering others is by having them determined together with the Office for Public Order because I had been “alone for so long”. A connection with the bullying by Ms. Ha and her Wolfgang is clear and therefore this attempted compulsory admission constitutes sexual coercion, since the woman openly checked me for “endangering myself and others”, i.e. threatening deprivation of liberty, because of the fact that I am a single woman. This is an attempted human trafficking that I have reported, which of course is supported by the public prosecutor’s office, since they allow the police to commit all human rights crimes against me. After all, I’m on Ms. Ha’s list, the “enemies list” and this woman definitely seems to be active in an ultra-right party. I now suspect the NSU and not just the CDU-AfD behind it.

I see the threat of confinement on the grounds that I am “alone” as similar to the Taliban. Taliban abduct unmarried women to rape them. The police in Stuttgart are threatening me with the same thing. It doesn’t help to say that I should be treated against “being alone” by force!!!! Only men think that! The male glasses are put on by all female police officers, doctors, prosecutors and judges and then Sharia is carried out on me as if it were the law here. My maturity is still mercifully referred to as an “adult”, but this may not be long before another unskilled mother diagnoses me with a “psychosis”. They will probably find 3-5 of this type of detractors. All of them have learned waitressing or nothing at all and are therefore taken by the police as evidence of mental illness on my part.

The qualification of these amateur psychiatrists is that of nothing. I have been charged with diagnosing diseases without a doctor’s license. Of course, this kind of dubiousness is not a problem for the judiciary, the police and the public prosecutor’s office in Stuttgart. No one wants medical scientific proof of a disease here. A large-scale smear campaign is enough to put me on trial for being involved

Terrible proof that Germany has become a torture dictatorship that subhumanizes political activists and plots their annihilation.”